We take care of your flight from the closing of the door to the final destination, making it fly on our routes with safety and punctuality

During the aerodrome control phase (airport aprons and gate areas), pilots contact the control tower (TWR), which authorises them to start their engines and move from the parking area to the taxiways.

At the end of this ground movement phase, pilots will receive clearance to take off from the air traffic controller only when the minimum separation distance from all other aircraft is guaranteed. When the runway is clear, the aircraft is cleared for take-off.
The aircraft then contacts “approach” (approach and departure control), where air traffic controllers are responsible for accompanying the aircraft now in flight up to its cruise altitude and route.

At this time pilots contact the competent Area Control Centre (ACC), which will manage the flight until it reaches an area handled by another ACC or enters the approach phase towards the destination airport, if it is landing in Italy, or up to the border of Italy airspace, if it is an international flight. The air traffic controllers operating in the four ACCs instruct the pilot on the altitude and route to be taken, making sure that the aircraft always maintains a safe separation distance from other aircraft, established by international regulations (1.000 feet vertically and 5 nautical miles horizontally).

In the vicinity of the destination airport, the aircraft is handed over to approach again, where the controller takes charge of the flight and guides it through descent until it is lined up with the runway.

When the aircraft is stabilised on the landing path and in sight of the airport, the flight is handed over to the control tower at the destination airport, which authorizes it to land and guides it to a designated gate.
Whenever aircraft enter or leave Italian airspace, air traffic controllers communicate with their foreign counterparts in the neighbouring countries, sending and receiving information on traffic in the area.

The management of a flight

The airspace is crossed by thousands of flights in our skies every day.

Check out the flight infographic 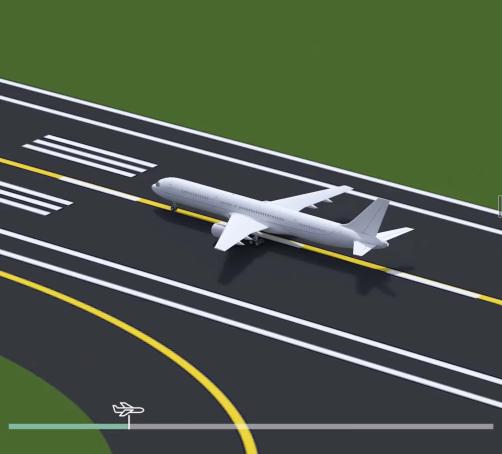