Aircraft can take a direct route across Italian airspace, and when they are on the ground they can taxi to their take-off runway without unnecessary delays thanks to our new procedures

Free Route is an innovative procedure that enables all overflight aircraft at an altitude above 9,000 meters to cross the Italian skies using a direct route, rather than navigating the fixed route network, which has been completely eliminated above that altitude.

ENAV was the first of the five major European air navigation service providers to implement Free Route, in line with the European regulation governing the Single European Sky, which makes the system mandatory for all European companies as from 1 January 2022.

Thanks to the Free Route, there was an average saving of about 25 km per single flight, resulting in a lower consumption of 95 kg of fuel and about 300 kg of lower CO2 emissions.

From 8 December 2016, the date on which ENAV activated this procedure, 160 million kg of fuel have been saved, with emissions being reduced by 640 million kg of CO2: the greater efficiency of trajectories has enabled airlines to fly some 34.5 million fewer kilometres in Italian airspace.

It is a revolutionary development for national and European air transport because carriers can plan the shortest route without constraints, saving fuel, reducing CO2 emissions and lowering costs, all while maintaining safety levels. 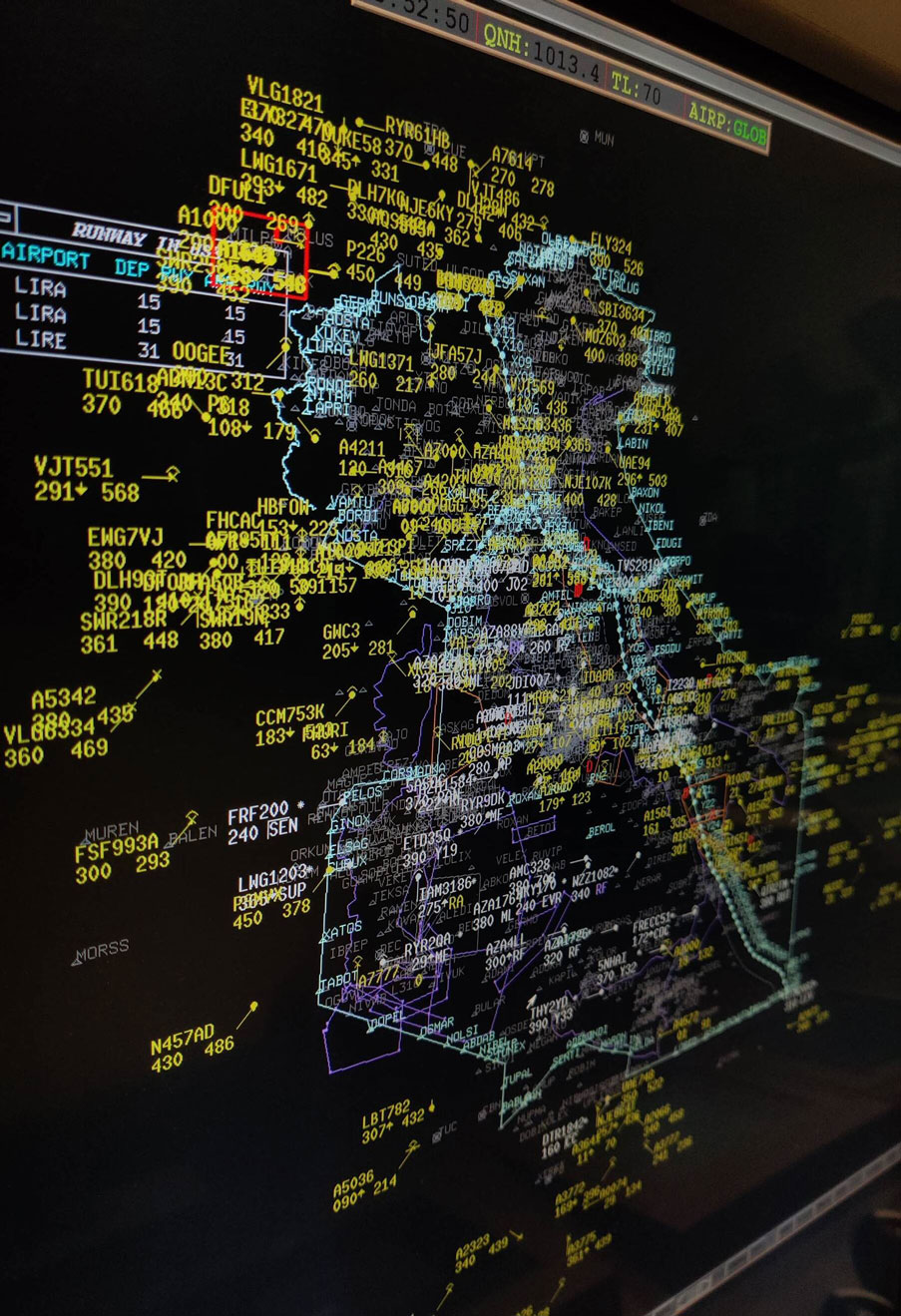 Airport Collaborative Decision Making (A-CDM) is a procedure used by Italian airports to transmit information on the status of all departing flights to the EUROCONTROL Network Management Operations Centre, (link) which dispatches them to other connected airports, optimising operating times.

With A-CDM all phases of a flight, from flight planning to ground operations, take-off, cruise and landing, are considered as a single process connecting the departing flight with the arriving one, optimising air traffic management and assistance operations, with the constant exchange of information between the actors involved, updated in real time. A-CDM is currently operational at all major Italian airports.