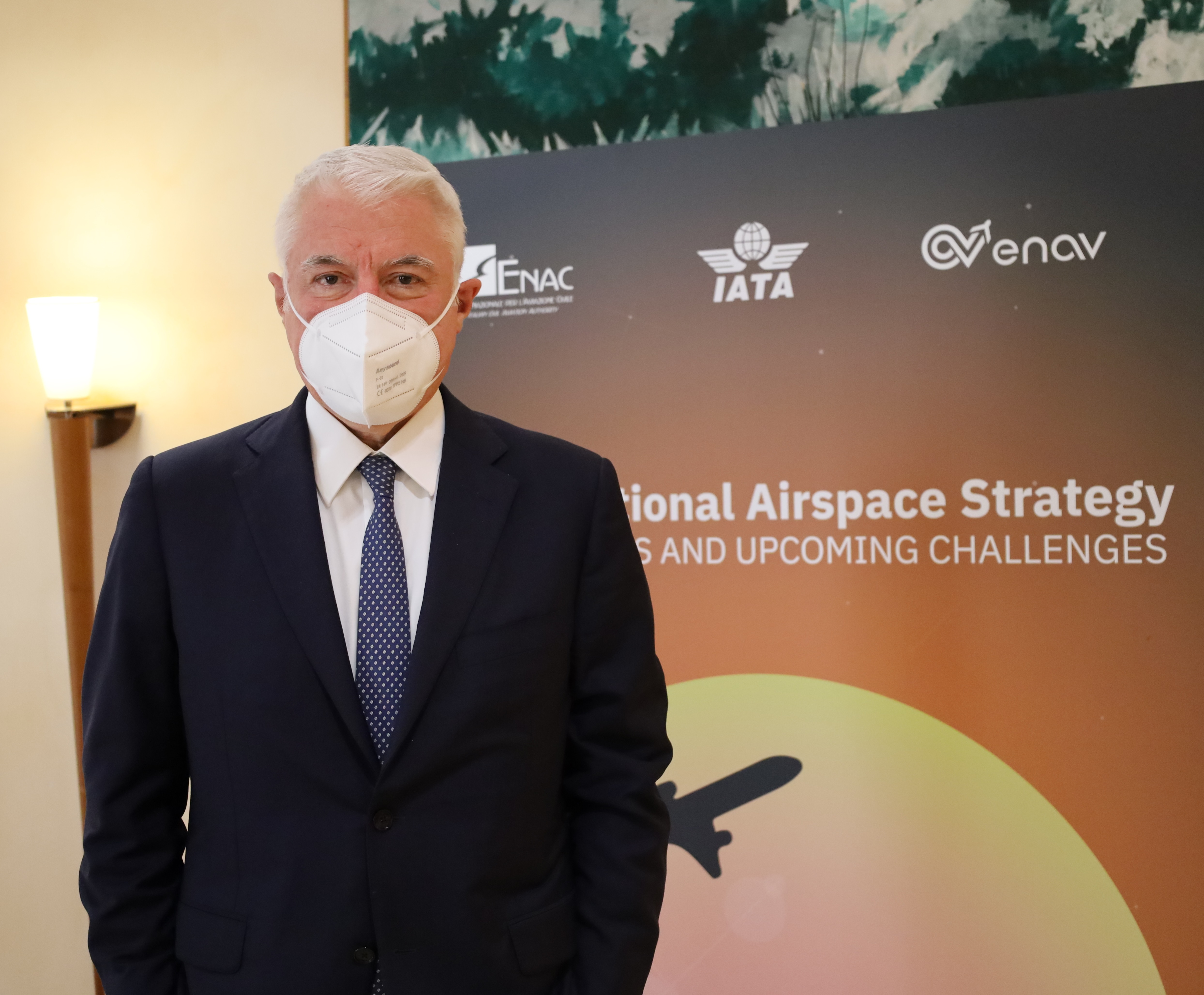 The Italian National Airspace Strategy is a key part of the wider Single European Sky (SES) program to modernize airspace across Europe.  The strategy includes a range of initiatives on airspace modernization jointly agreed by key national aviation stakeholders, including airports, airlines, ENAV, Italian Air Force, ENAC and the Government. This will ensure continuous evolution of the Italian aviation system and contribute to the national economy, as well as the efficiency of the European and global air transport system.

The commitment to the NAS initiative has placedItaly at the forefront of the region in terms of airspace evolution initiatives. ENAV has airspace modernization at the heart of its activities. Free Route Airspace is already a reality in Italian airspace, reducing fuel consumption, CO2 emissions and costs, and the company is already one of the best in Europe for punctuality performance.

“ENAC and ENAV are trusted and vital partners for airlines in Italy. The importance of air navigation services has extended beyond safe management of airspace: it has a crucial role to play in helping reduce emissions and deliver cost savings to enable competitive air services for carriers in Italy. In 2018 ENAV was one of the first to embrace the idea of bringing airspace users together with the national regulator ENAC to develop a National Airspace Strategy that would work for all stakeholders. The first phase of the NAS has been a success and we look forward to a stronger and deeper partnership with ENAV as we meet the considerable challenges that face us,” said Rafael Schvartzman, IATA’s Regional Vice President for Europe.

Alessio Quaranta, Director General ENAC said: “While COVID is delivering what we hope is going to be its last tail blow, with a view to the future we just can’t put the environment on hold. Both Europe and the world cannot give up aviation, but it is our duty to contribute to preserve the environment, even if our contribution to the total of emission is very low. At national level ENAC co-founded and since then takes active part in the National Airspace Initiative. The Civil Aviation Authority, the Air Navigation Service Provider, the Airspace Users, the Airport operators, the Italian Air Force cooperate all together in order to select, prioritize and introduce quickly and efficiently those changes intended to reduce CO2 production while preserving a safe, efficient and operationally sound air transportation system.

Paolo Simioni, ENAV CEO stated: “ The NAS initiative, developed with IATA, ENAC and the key aviation actors and with the support of the Government, shows that in the last 3 years we have created value by working together, providing benefits to the whole national system as well as the wider European Network. Digitalization and sustainability are well set in our DNA and represent key drivers of our on-going work in support to the modernization of the national airspace, to respond to aviation stakeholder’s needs and pave the way for the future.  Our implementation of the Free Route Airspace, well in advance of regulatory requirements, and the modernization of our infrastructure, with innovative concepts in the field of cloud services, remote and digital towers, consolidation of Area Control Centers, satellite technologies and drones represent some examples that have been also taken on-board in the joint NAS work.

Since its launch in December 2018, a number of key objectives have been supported by the      NAS      initiative, despite the disruption caused by the COVID-19 pandemic. Thanks to close coordination between ENAV, airlines, airports, military authorities and ENAC, achievements have included:

The evolution of air traffic management (ATM) systems and tools has been a fundamental enabler of these improvements. Datalink communications and digitalization has improved performance and safety levels through high automation and enhanced control. These technological advances open the way for remote tower operations at smaller airports which could help to rationalize the number of control centers and reduce costs.

Italy’s airspace requires ongoing modernization to continue serving demand. In addition, new airspace users need to be integrated. Unmanned aerial systems — or drones — are predicted to become one of the dominant forms of air traffic. Ensuring the demand for these flights can be met safely and efficiently will require new airspace designs and capabilities.

Upper airspace operations, meanwhile, will also increase. Suborbital flights, for commercial or scientific reasons, or supersonic or hypersonic flights will all need to be accommodated in increasing numbers. In addition, in line with the Italian government’s designation of the space economy as part of national economic policy, Taranto Grottaglie Airport has been identified as the first Italian Spaceport.